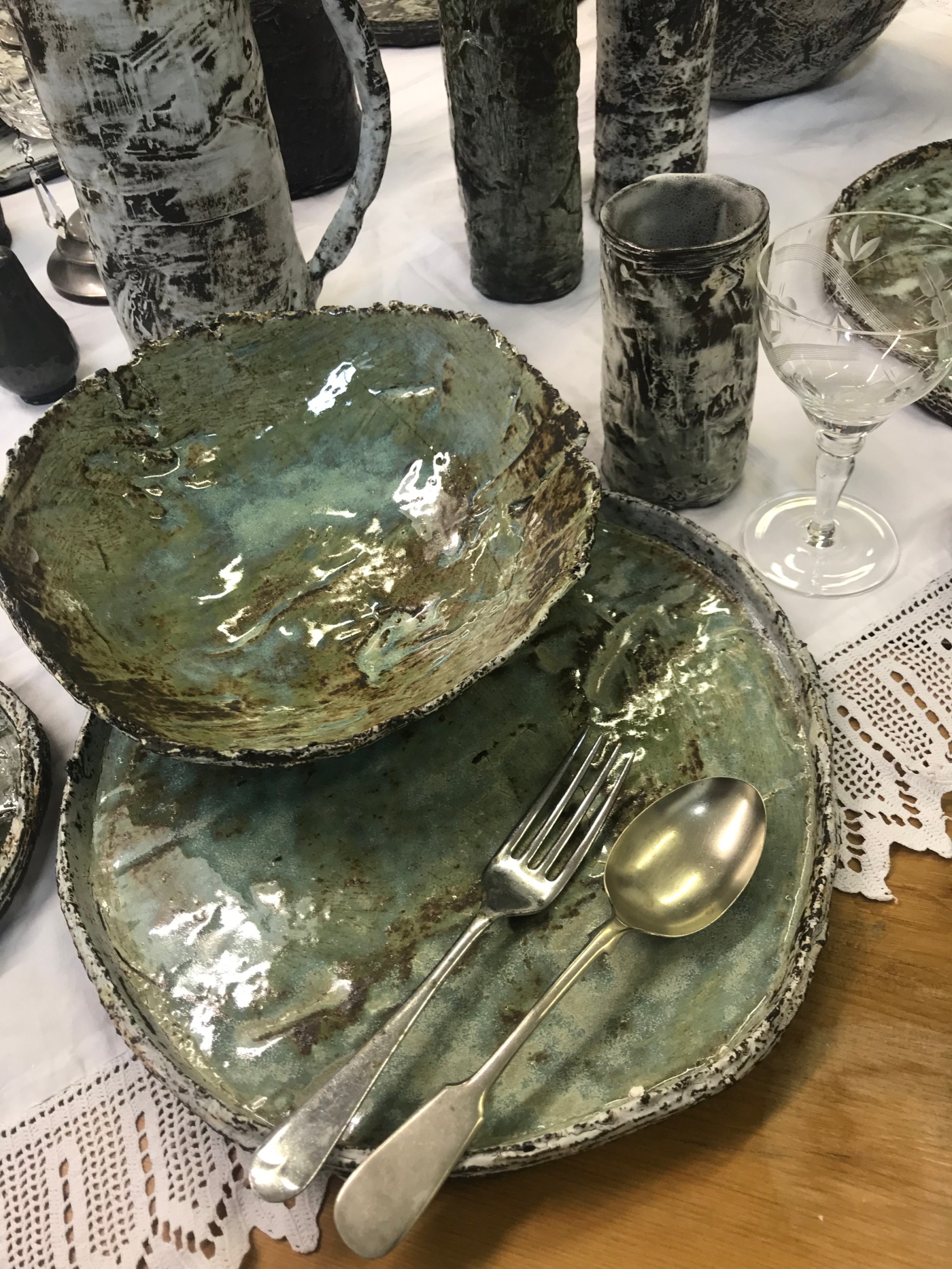 Our final assessment is nearly upon us and over the last few weeks I’ve been very busy preparing for this. With the kids back at school I’ve had a couple of weeks of uninterrupted studio time. I have a good base of finished pieces already but knew there were some that could be improved and some still to be made. A quick mock up of my table setting helped to pinpoint what I still needed.  It was great to spread out everything in the teaching room and try out different combinations of the tableware. I considered sticking with the room staging and trying to find some kind of shelving unit to sit alongside the table, but have now settled on just some simple white plinths to show off more work. It did look good displayed like that at Earth and Fire and I think will give a nice contrast to the table. 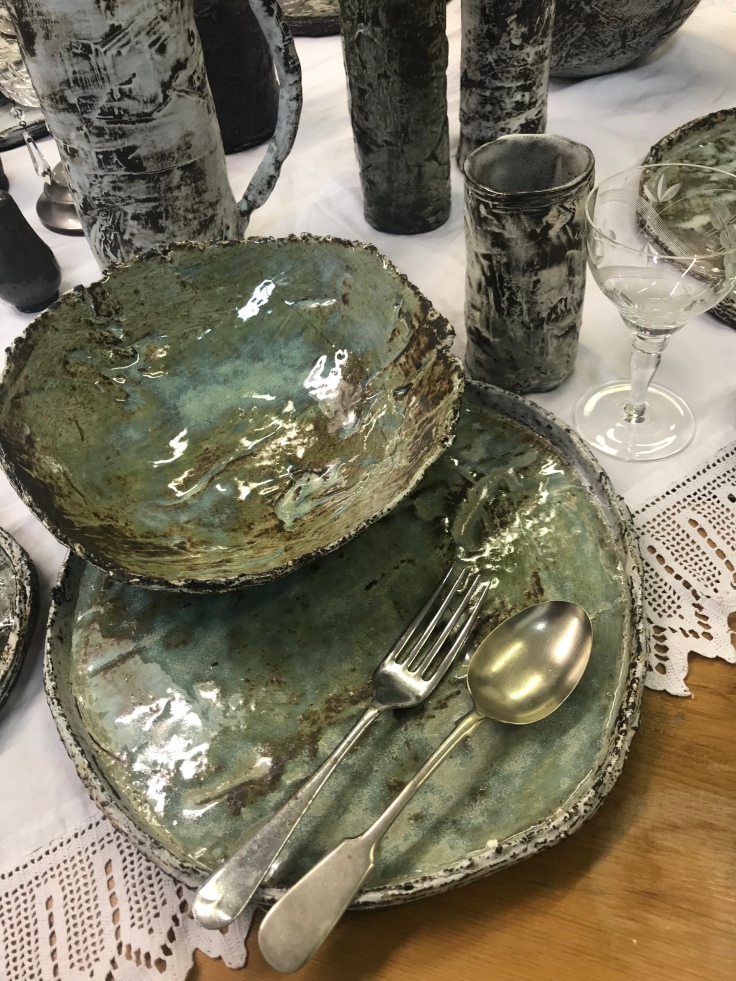 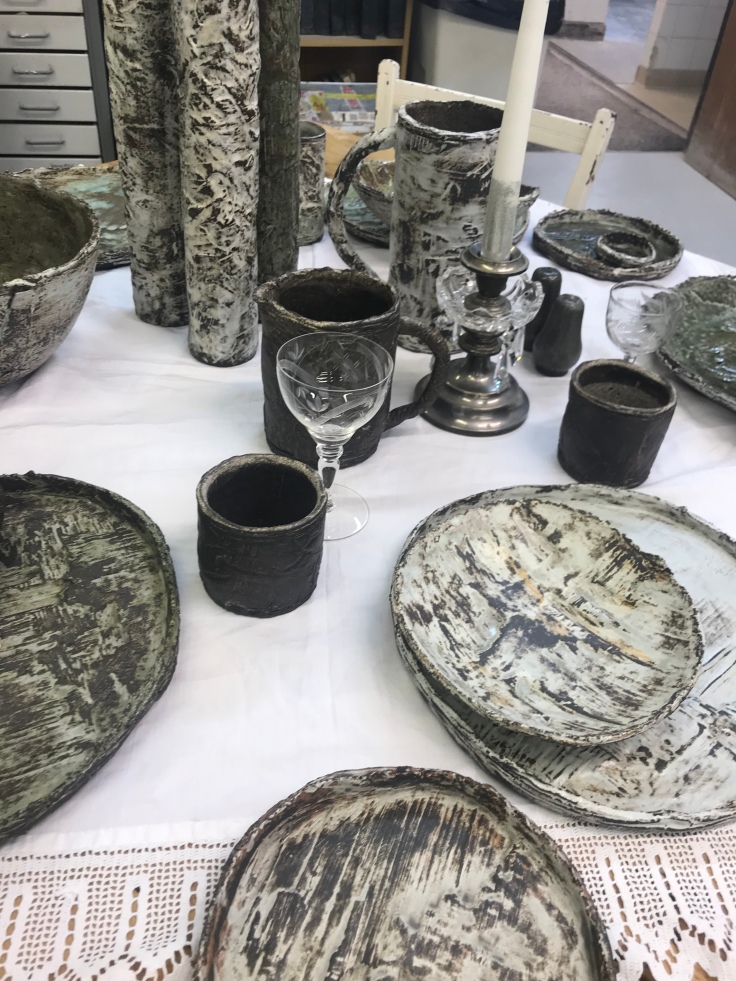 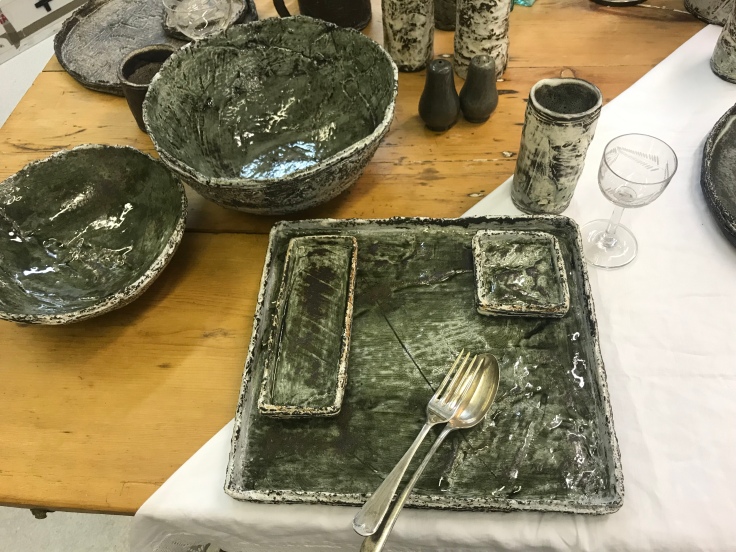 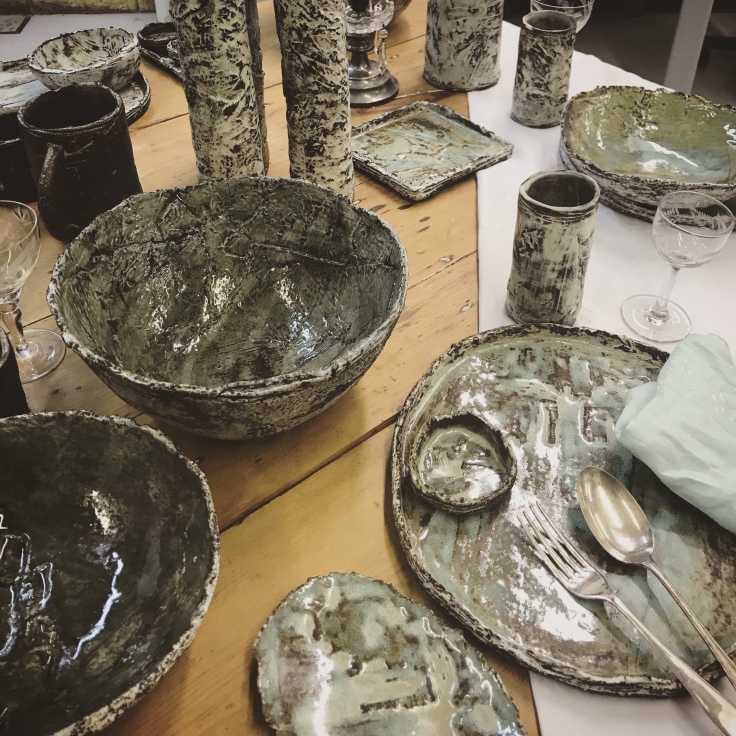 With a longer list than probably necessary I then set out on a week of making, followed by a week of glazing. Still testing things to the very end I decided to experiment a bit with the clay body again. Now that I’m also using the glossy glaze Dave suggested using a slightly lighter clay to see what results that would give, so I duly wedged together 1 part of the black clay (Valentines PF660) with two parts of a white earthstone grogged clay (ES180).  Despite the two to one ratio of the lighter clay the resulting mix still looked pretty dark.  I’m note sure it’ll make a huge difference to the colour of the glaze but worth having a last minute play. 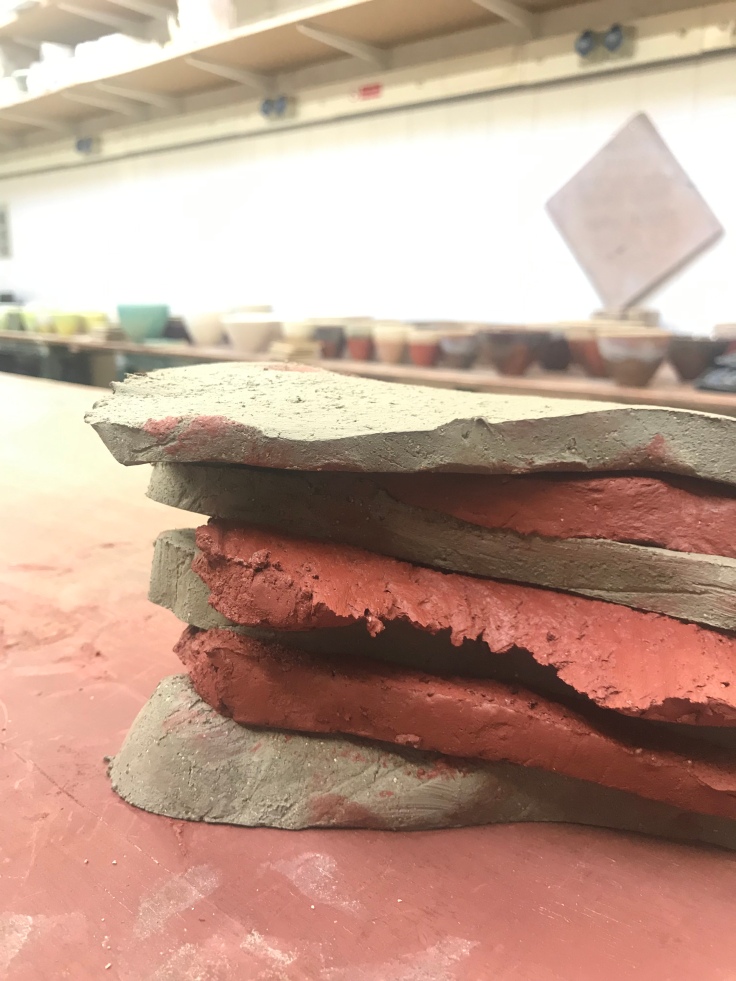 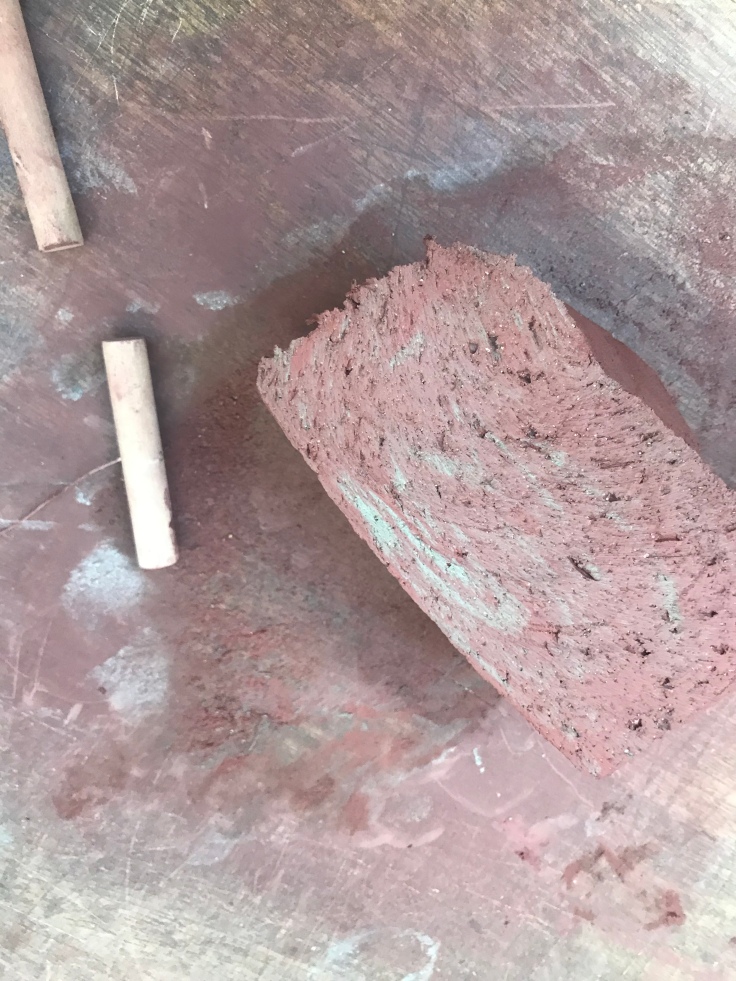 I also made some ceramic spoons for the first time.  Have been meaning to make these for ages.  Will experiment further after my MA with how to fully glaze these by inserting a hole at the top of the handle and suspending them in the kiln. 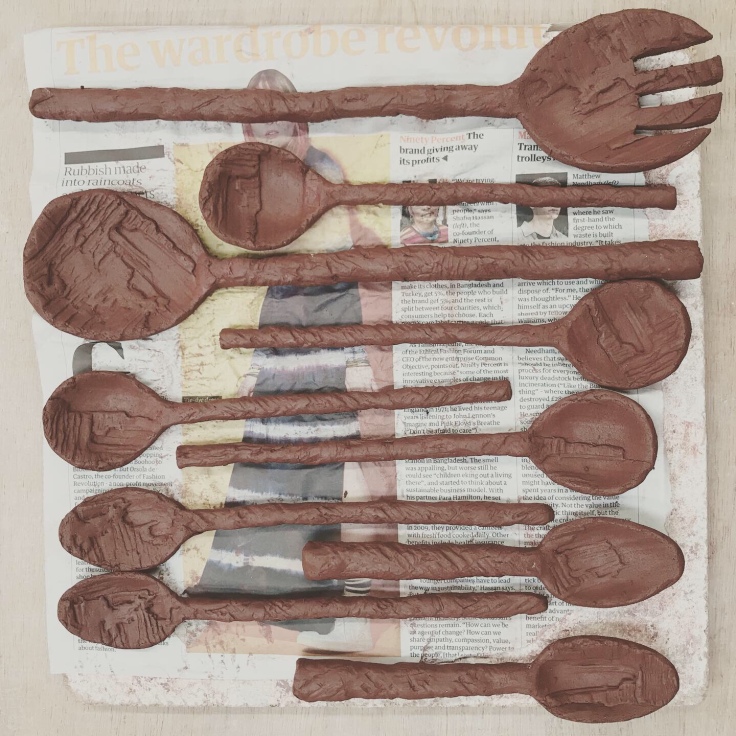 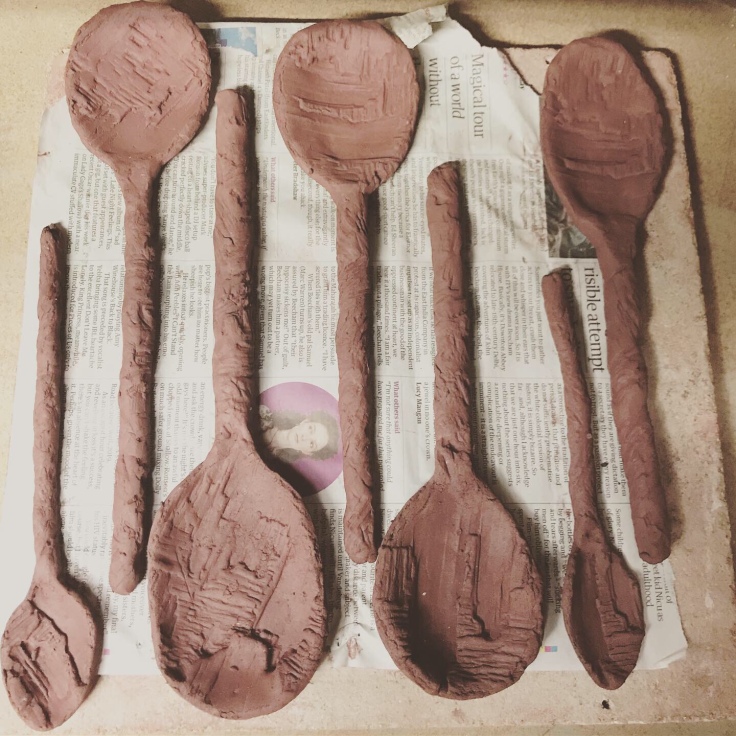 Here’s me rolling my last ever slab on the studio slab roller. 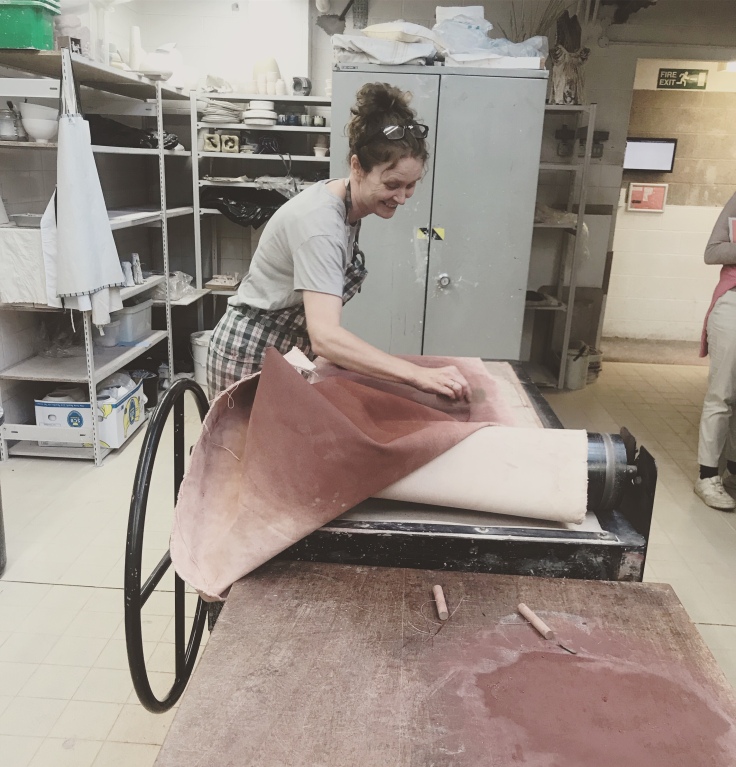 And then it was time to flick the switch on the kiln for my last glaze firing. 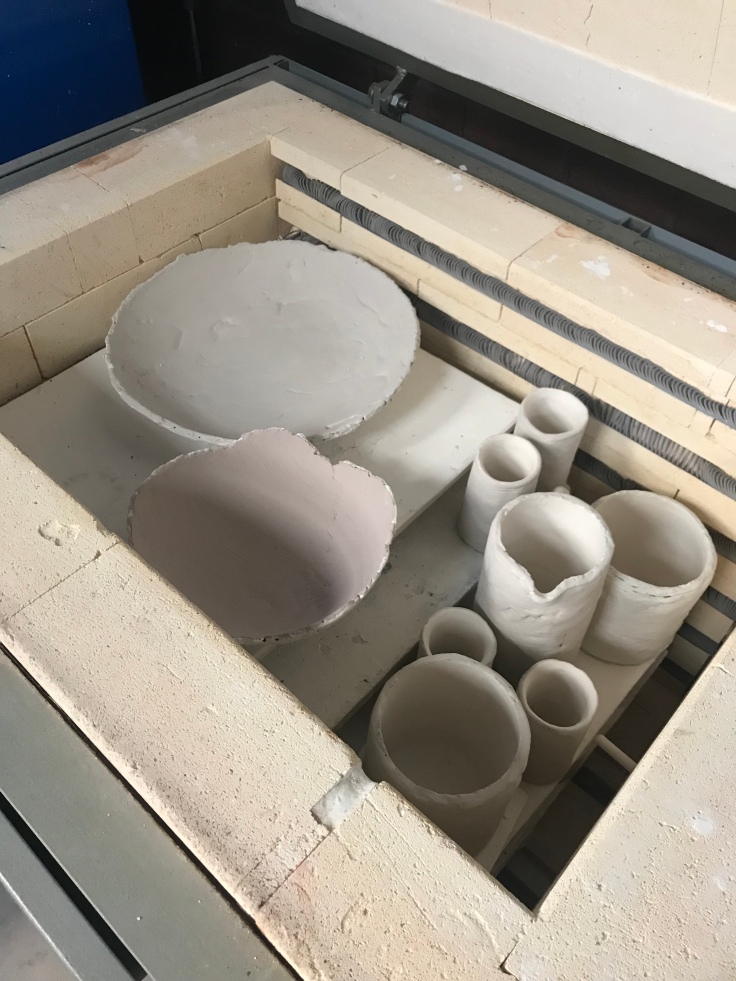 It’s been a fantastic couple of years, with a great group of people and I’ve learnt so much. I’m really sad to be finishing but also excited to see what will happen next in my new-found world of clay. 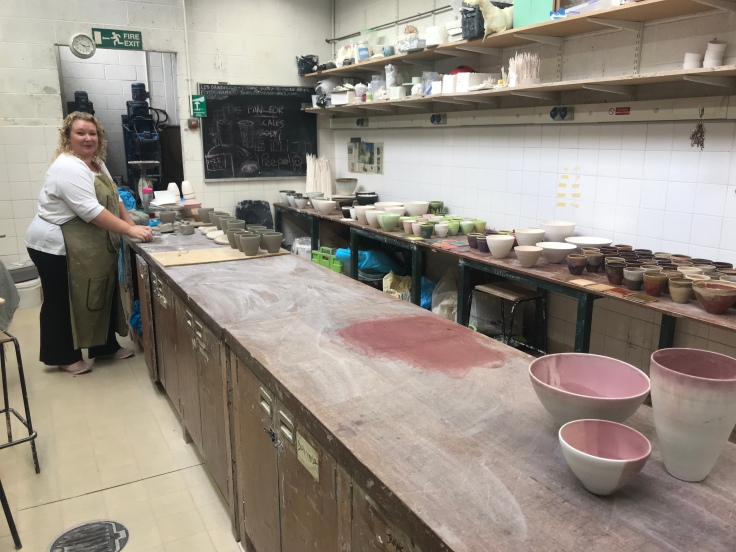 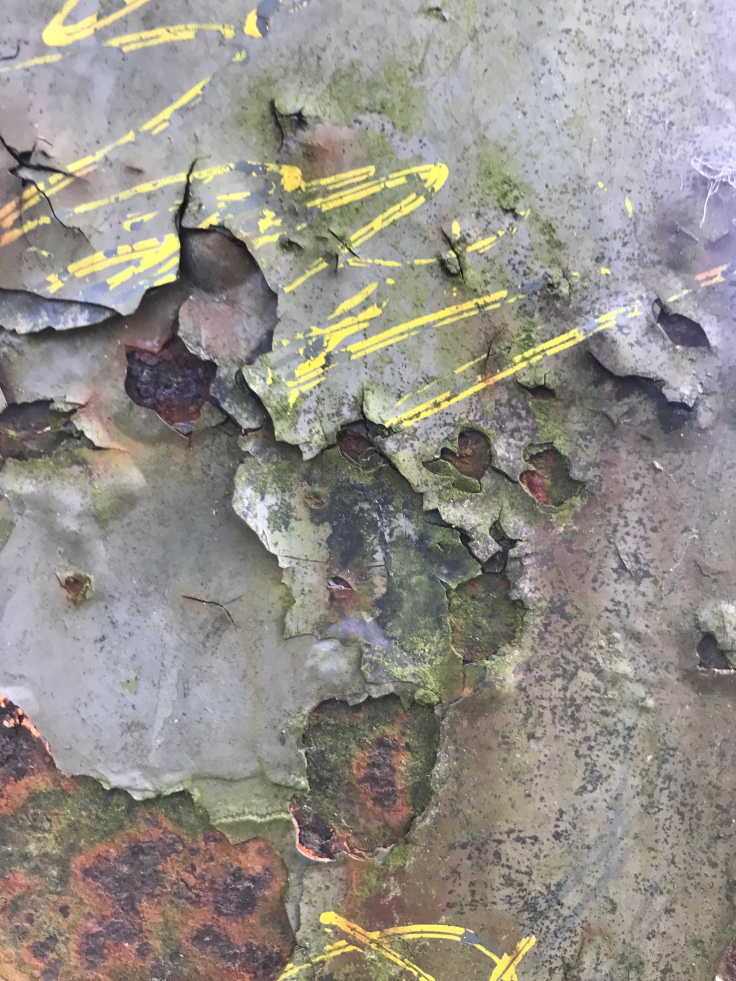