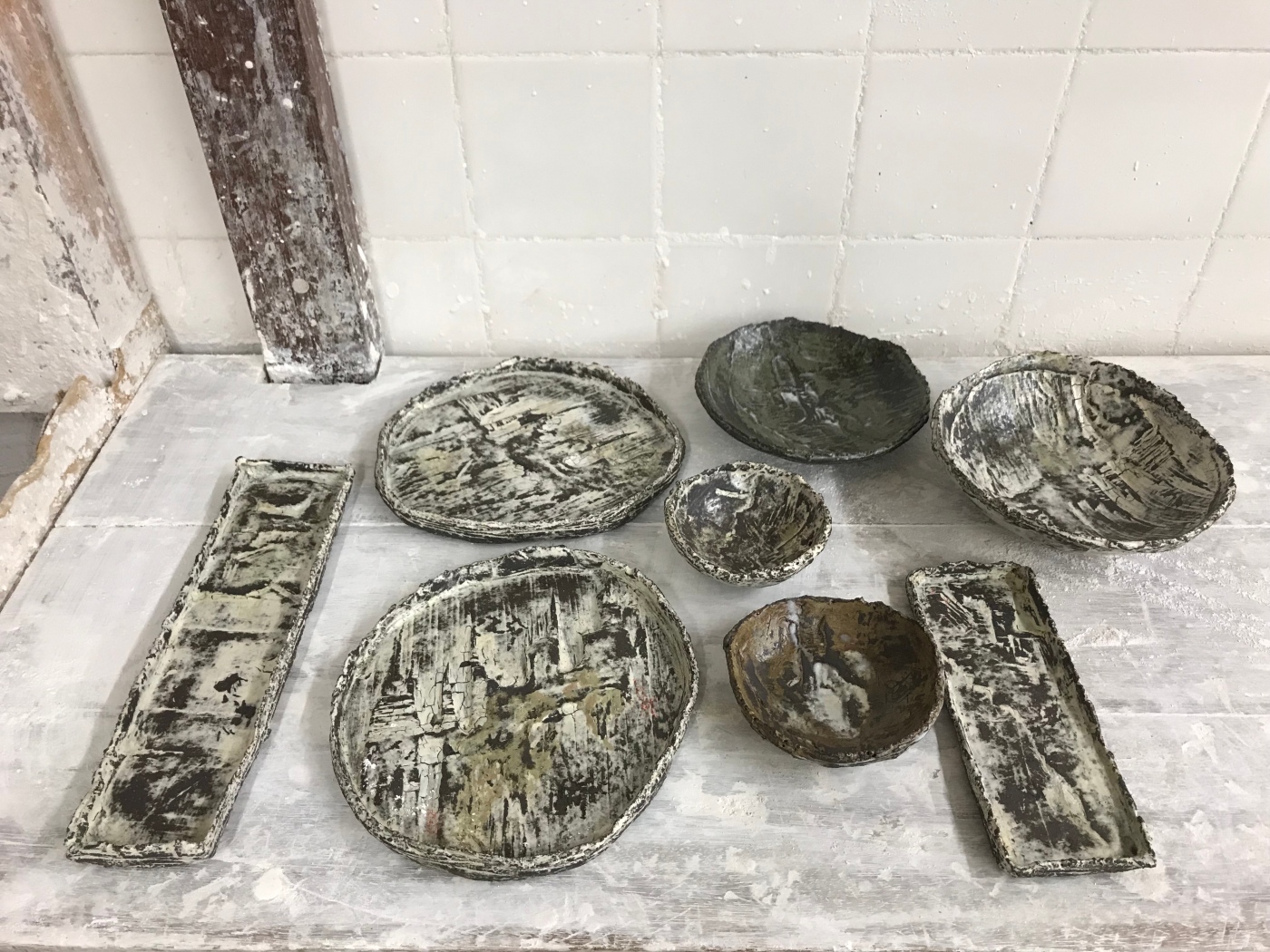 Still powering on with the making in preparation for Earth and Fire.  Think I’m almost there, which is good news as the number of potential firings between now, and us packing up, are rapidly decreasing.  I got lots back from the recent glaze firing which included some of the items with the monoprinted coloured slip sections. 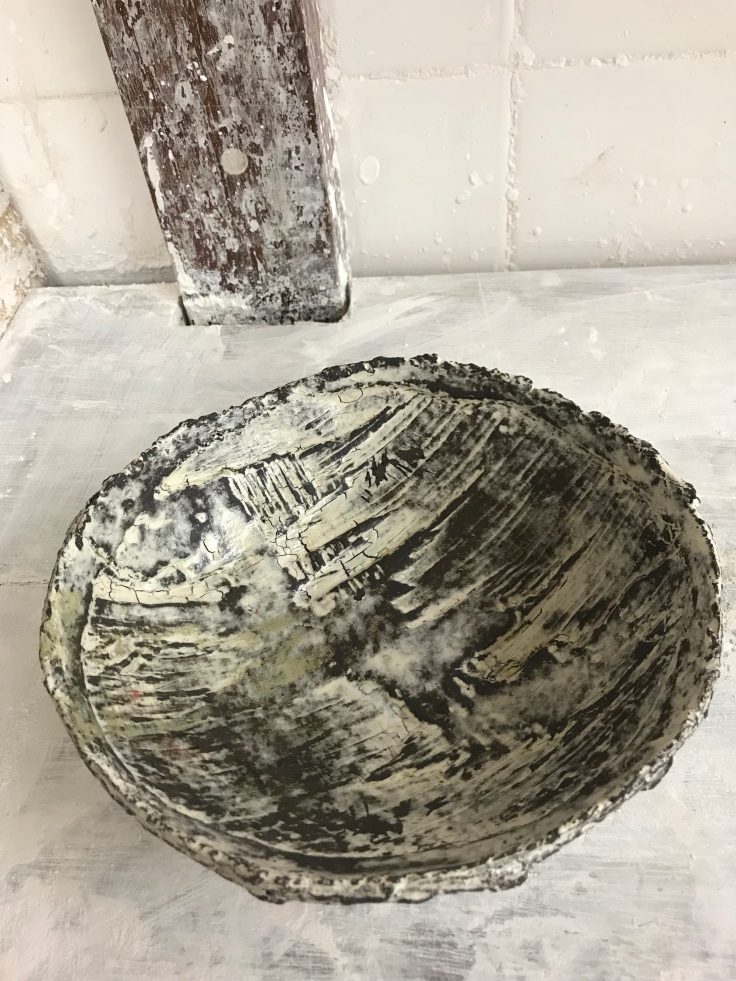 I’m pleased with a number of these but have decided to tweak the crackle slip again to make it slightly whiter. I think if I up the ratio of parian slip in the mixture from 1:1 to 2:1 it might work.  The slip colours look good and give me options for some contrasting pieces.  I also got a few pieces back that I hadn’t used slip on at all, simply a thin layer of the Nick’s Misfire glaze.  I like these as well.  They are much darker but 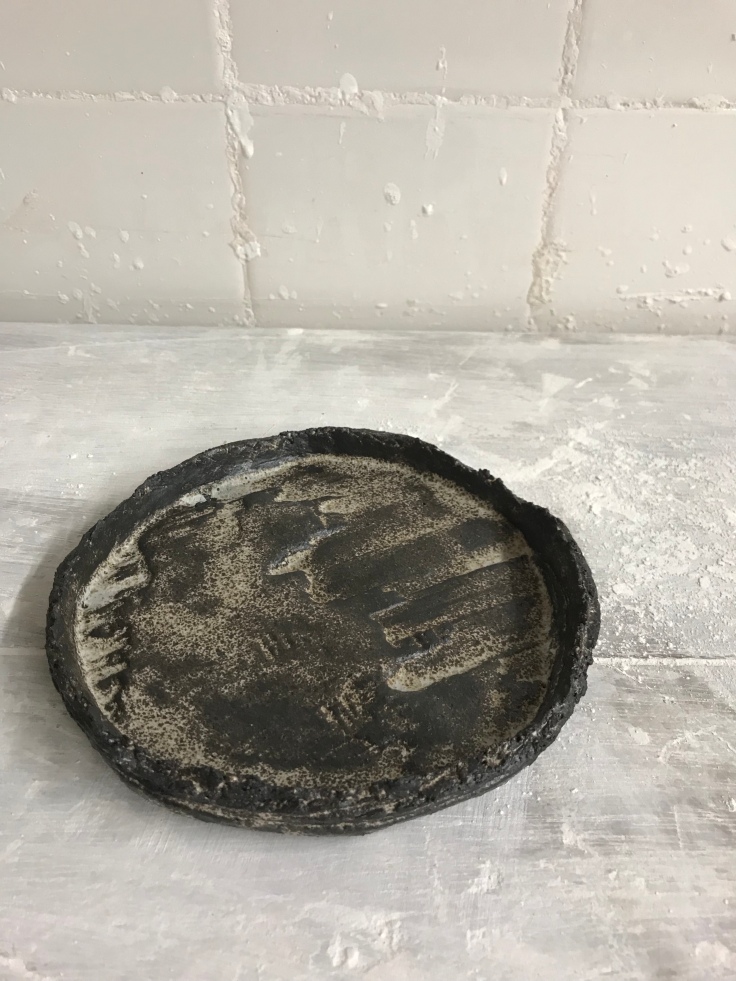 As well as getting lots of work back I’ve been continuing to make. Lots of the usual stuff but I also had a go at making some jugs to go with the cups I made last week. They have a solidity to them which I like and it’s nice to see the two sizes stood next to each other. 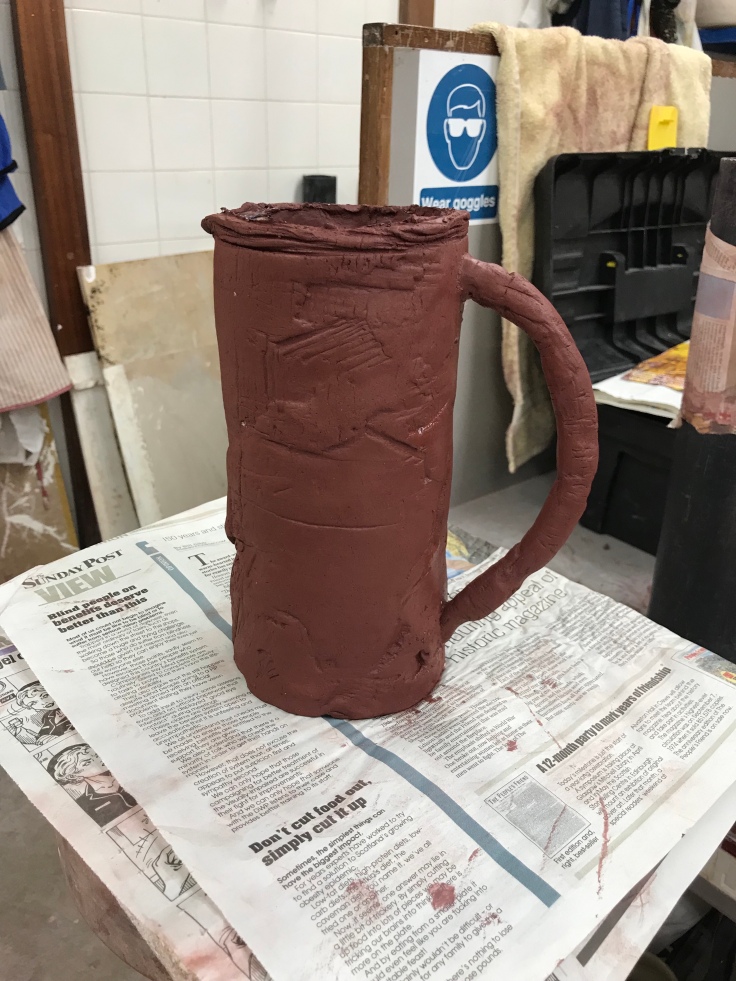 I’m planning on just using the slip on one of these and keeping the other simple, with just the glaze.

I’ve been up to GB Antiques in Lancaster looking for props to help with the set up for my final show display. Decided to get started on this early as they’ll also be used for next week’s photo shoot. Found some great glasses, candle sticks and enamelware but still on the hunt for the right table and tablecloth. It’s such a treasure trove in there, you can spend hours and get entirely lost in the process!

And after all that it was great to get out for some mud larking over at Sunderland Point. Glorious in the sunshine!